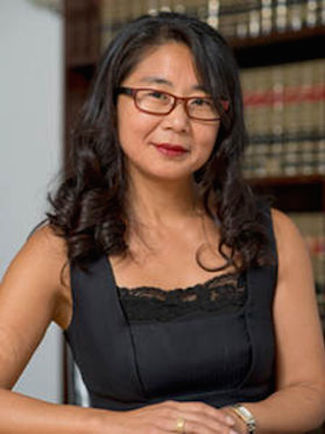 Kay Kyungsun Yu is an award-winning legal scholar. In 2018, the Philadelphia Bar Association recognized Kay as a recipient of its acclaimed Justice Sonia Sotomayor Diversity Award and was named Attorney of the Year by the Asian Pacific American Bar Association of Pennsylvania.

Prior to joining Ahmad Zaffarese LLC, Mayor Michael A. Nutter appointed Kay to serve as the Chairperson of the Philadelphia Commission on Human Relations, the local agency charged with authority to enforce the City’s civil rights and anti-discrimination laws. Under her leadership, the PCHR convened 11 public hearings in 2010 to hear from the community on issues relating to intergroup tensions and violence in the City’s public schools. “Widening the Circle of Our Concern: Public Perceptions of the School District of Philadelphia’s Response to Intergroup Conflicts,” the report that presented the findings and recommendations from the public hearings, was published in March 2011. During the same period of time, partnering with the Mayor’s Office and City Council, Kay worked to overhaul, update and restate the City’s civil rights law. While the Fair Practices Ordinance had been amended in a piecemeal fashion from time to time since it was enacted in 1963, it had not been reworked in this fashion in nearly 60 years. Kay served as the Chair of the Philadelphia Commission on Human Relations from March 2009 until January 2013.