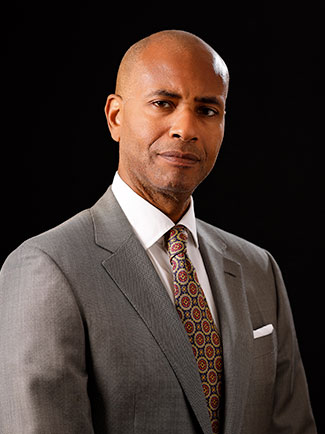 Solving problems and protecting the rights of people. - Wadud Ahmad

Wadud Ahmad is a founding partner in Ahmad Zaffarese LLC, (“AZ Law”). Prior to forming AZ Law, Wadud served as an Assistant District Attorney in the Philadelphia District Attorney’s Office where he prosecuted hundreds of quality-of-life crimes. Wadud ultimately landed in the Family Violence and Sexual Assault Unit, where he handled some of the Office’s most sensitive and heinous cases. As a litigator, Wadud has represented clients in a broad array of issues from homicides and personal injury matters to civil rights violations and slander/defamation cases.

Wadud’s background includes an artistic side as well. He is an accomplished artist, writer and public speaker, and has toured remote corners of the globe as a featured poet. This unique journey has provided him with a global perspective and a high degree of sensitivity to the nuances of the human experience.

The Barristers’ Association of Philadelphia presented Wadud with The Outstanding Young Lawyer’s Award for his social consciousness and outstanding legal practice. He was a member of The School District of Philadelphia’s Accountability Committee and served for ten years on The Philadelphia Defenders Association’s board. In addition, Wadud has served on the Pennsylvania Intergovernmental Cooperation Authority’s board (PICA), which oversees Philadelphia’s budget and reviews areas of financial concern affecting the health, safety, and welfare of the citizens of Philadelphia, the Pennsylvania Tobacco Settlement Investment board and as Vice Chairman of the Delaware River Joint Toll Bridge Commission.